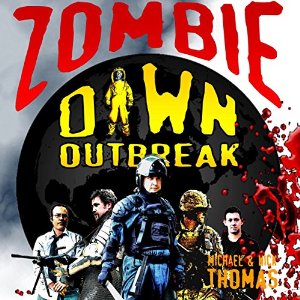 Ok I have to get some things off my chest. This one really ticked me off! It had some serious problems both with the narration and with the writing. But on the other hand I liked the story.

Starting with the first thing you will notice. This has to be the slowest narration ever! Easily listened to it at 1.5 speed and then even increased it to 2x speed without any real problems. The story itself is just over 6 hours in length, so straight away the dollar per listening hour drops! The Australian accents in this are just plain terrible… I should know I am Australian! But being Australian I can live with that.

Now onto the writing which nearly caused me to give up. Within the first hour you will come to a section which no joke half of the content is the following words ‘he said’ or ‘she said’. It is more annoying… than a really annoying thing which really annoys!

Not only does the narrator do a terrible Australian accent, but it seems the author is trying to throw in more ‘australiaaaaaissssssm’ than you poke a stick at… I mean struth… it was a Barry Crocker… stone the flaming crows mate!

Alright rant done with… I have settled down now. Onto the good parts. I liked how the story flowed from chapter to chapter. It had enough variety of characters to keep you from getting bored.

In summary, I can not forgive the fact that I was charged so much for a story which in reality is very short. The slow narration should have never have been allowed to pass. It smells of a money grab on behalf of the author and or publisher. But if you were ask me if I was to purchase the second one in the story… The answer would be ‘yes’ but rather reluctantly and only if I could not find another title to listen that day.